As a corporate citizen and a proud member of the Vickar Community group of dealerships we have a responsibility to our community and our neighbors. We take great pride in supporting our local schools, child and family services, and health and wellness programs.

Along with our team members, we participate in blood drives, charitable athletic events, toy and clothing campaigns, and hosting non-profit organizations in and around our community. Our pledge is to invest in the things we care about like our family, our neighbors, our brand, and our future. 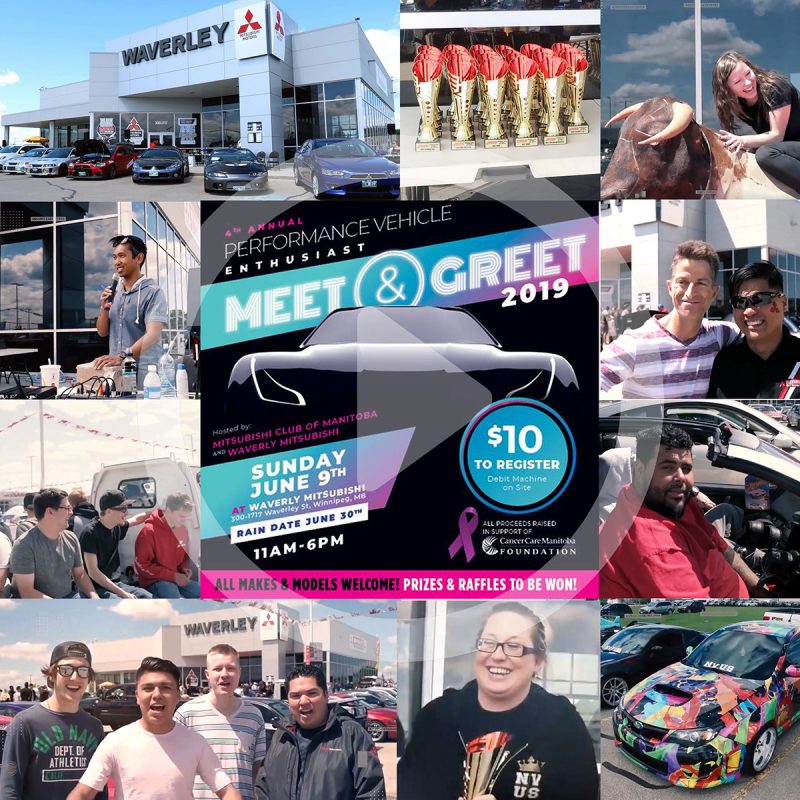 Last year was a successful event for us in support of the Cancer Care Manitoba. This year we are expecting double the size of participants from 2019!

The event will be held at the Waverley Mitsubishi compound located at 300-1717 Waverley Street.

The funds raised this year will once again be in support of CancerCare Manitoba Foundation. 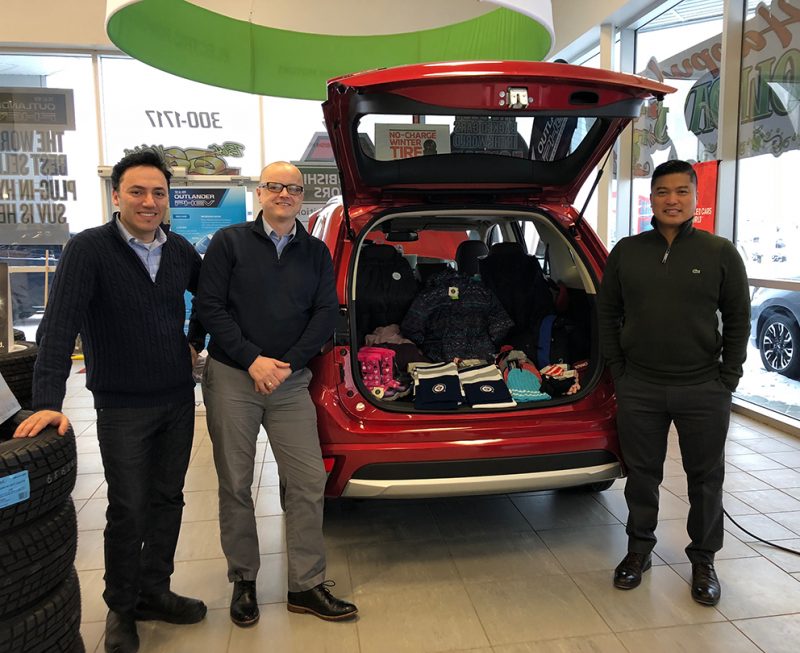 Every year, from September to February, Winnipeggers donate over 6,000
coats, and Koats for Kids shares this winter gear with Winnipeg families.

For some children, having a warm coat means attending school on a cold day
instead of staying home.
We partnered with United Way to get as many coats, boots, and other warm winter items into one of our Mitsubishi Outlanders this past December. 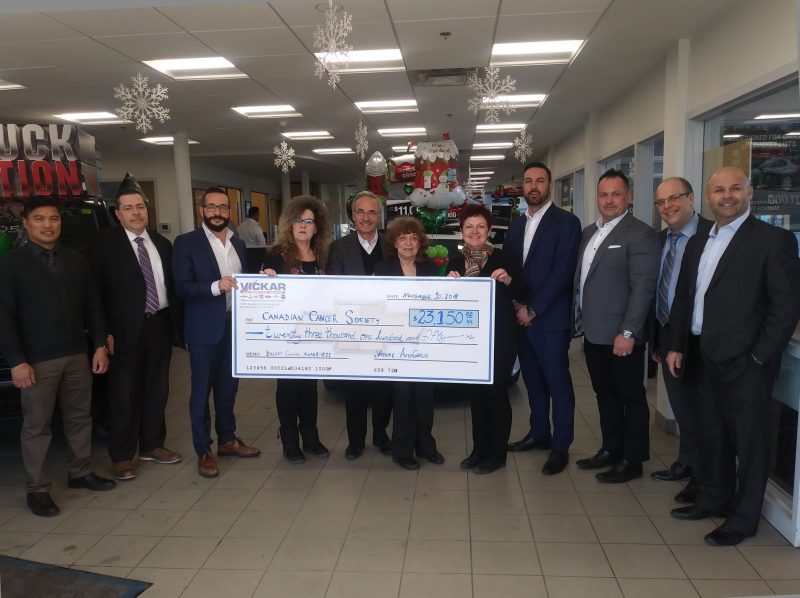 We're proud to be part of the Vickar Automotive Group and even prouder that our fundraising efforts in October 2018 raised $2,250 towards our group sponsorship of the Canadian Cancer Society Drive Pink initiative to support the fight against Breast Cancer.

A donation was made from the sale of each vehicle at all of the Group’s dealerships, which include Vickar Community Chevrolet, Vickar Ford, Vickar Nissan, Vickar Mitsubishi, Waverley Mitsubishi, and Vickar Pre-Owned Super Centre.

We are proud to be able to give a cheque to the Canadian Cancer Society in the amount of $23,150!

Our dealership was proud to help present a donation of $15,300 from the Vickar Automotive Group to the people providing quality care and research at CancerCare Manitoba. To contribute to CancerCare in our province, learn more here. 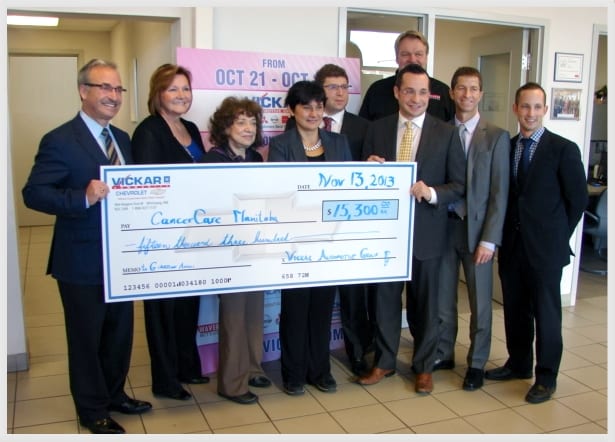 The St-Boniface Hospital Foundation’s 2013 Radiothon of Hope and Healing, presented by Vickar Automotive Group, was a great success, with a record total of $131,900. 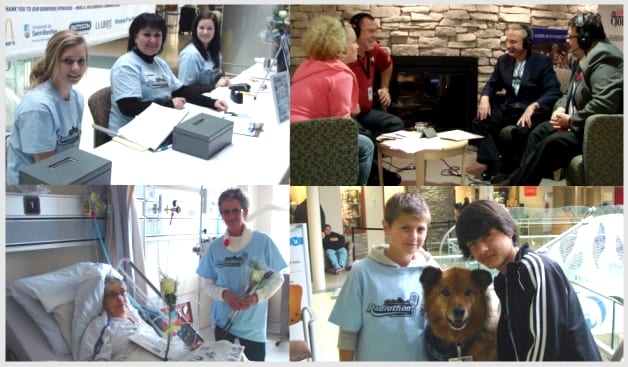 For the fourth consecutive year of the fundraiser, Vickar Automotive Group was 2013's Presenting Sponsor. Employees from multiple car dealerships volunteered their time answering phones, accepting donations, and delivering flowers, and raised an additional $3,000 prior to the event in support of St-Boniface Hospital.

“The entire team at Vickar Automotive Group is extremely proud to have been a part of this life-changing event that will have a positive impact on the lives of many in our community.” said Larry Vickar, President of Vickar and Chair of St-Boniface Hospital Foundation’s Radiothon of Hope and Healing.

You can learn more about the amazing work that volunteers and staff do every day for Manitobans here and make your own donation.

Reflecting its long history with the Filipino community in Winnipeg as well as Larry and Tova Vickar’s charitable efforts in the Philippines itself, the Vickar Auto Group has contributed $30,000 through the Red Cross to help ease the suffering of survivors of typhoon Haiyan that recently devastated the central Philippines.

Vickar Auto Group president Larry Vickar and his wife, Tova, have been friends of the local Filipino community almost from the beginning of large scale Filipino immigration more than 47 years ago.

The company’s four dealerships (Vickar Chev, Vickar Nissan, Vickar Mitsubishi and Waverley Mitsubishi) have 35 Filipino employees between them and the Vickars have generously supported the local Filipino community for a long time. 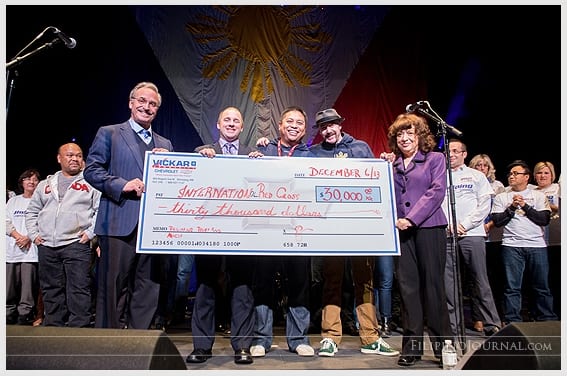 Joining Larry and Tova on stage was well over 60 Vickar employees as they made the cheque presentation to the Canadian Red Cross.

In early 2008, the Vickars visited the Philippines and became familiar with the work of ANCOP (Answering the Cry of the Poor), a Christian Charity active in the Philippines and elsewhere. On their return to Winnipeg, Larry Vickar approached his Rotary Club and challenged the members to raise money to build a new village to provide homes for the poor on one of the Comiguan Islands in the Mindanao region in the southern Philippines in co-operation with ANCOP. Vickar promised to match what the Rotary Club raised dollar for dollar.

In 2012 the Vickars returned to the Philippines for the official opening of the new village (called the Vickar Transcona Rotary Port View Village). The village currently consists of 40 homes and the Larry and Tova Vickar multipurpose hall.

The Vickars and the Rotary Club continue to provide ongoing support for the village.

Our annual car show is a bash to unite all performance enthusiasts in Manitoba! This car show for a cause is organized by Mitsubishi Club of Manitoba and hosted here at Waverley Mitsubishi. This past June, we invited all Winnipeg Mitsubishi enthusiasts to celebrate performance cars and SUVs in Manitoba. Participation this year was nearly twice what it was from 2017 and is quickly becoming one of the largest philanthropic car shows in the province!
Waverley Mitsubishi will be matching the funds being raised for Cancer Care Manitoba up to $1k.
Music and entertainment was provided during the weekend as well as catering from Kyu Grill and Island Girl Shaved Ice!

Check out our 2015 Mitsubishi Car Show Winners with the best Mitsubishi sedans, hatchbacks and SUVs: 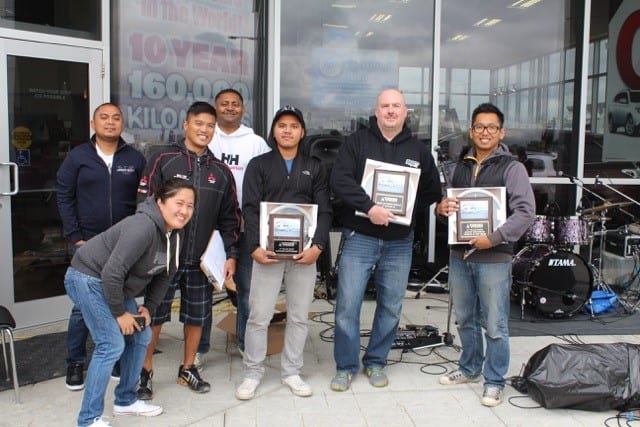 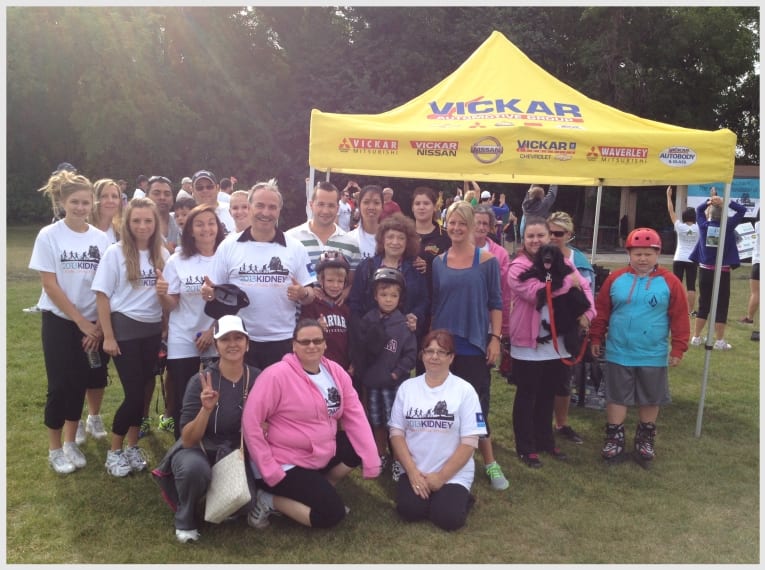 Mitsubishi Canada's new president, Kenichiro (Kenny) Yamamoto was full of praise for Winnipeg's two Mitsubishi dealers, both part of the Vickar Auto Group, during his first visit to Winnipeg.

"The Winnipeg dealers (Waverley Mitsubishi and Vickar Mitsubishi) are very good," he said the Winnipeg Free Press of his April 9th visit. "I was very impressed with their facilities and, more importantly, their passion for our product."  Yamamoto also congratulated our staff on achieving the automaker's Triple Diamond Award for excellence in after-sale customer service for two consecutive years 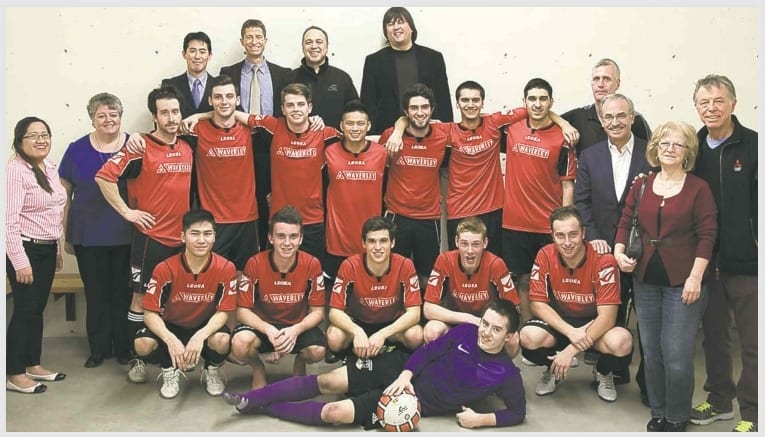 Waverley Mitsubishi is very grateful for the chance we had to discuss the future of Mitsubishi Canada with Mr. Yamamoto and working to improve the brand in everything we do.