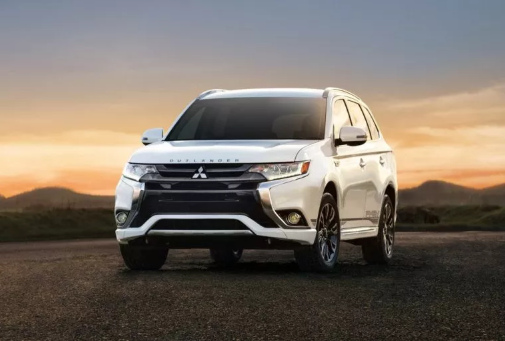 FEDERAL GOVERNMENT TURBOCHARGING MITSUBISHI OUTLANDER PHEV SALES
Rino Attardo, President and General Manager of Waverley Mitsubishi, reports that sales of Plug In Hybrid Mitsubishi Outlander PHEV are shooting skyward as a result of the Federal Government’s new Federal Incentive Initiative concerning electric cars that took effect May 1.
Attardo applauds the initiative and although he feels it was overdue, it is a step in the right direction for everyone. “We have certainly noticed an uptick in consumer awareness and interest specifically on our new Plug In Hybrid Mitsubishi Outlander PHEV,” he notes.

The incentive, Attardo points out, covers a number of different electric and hybrid models – including the Nissan Leaf, Chevy Bolt, Hyundai Ioniq, Kia Soul. The Outlander PHEV however is the only current electric plug in Sport Utility available that meets the Federal Governments criteria - a manufacturer’s suggested retail price of less than $45,000 with six or fewer seats or up to $55000.00 for vehicles with 7 or more seats Attardo explains.

The maximum incentive on both a purchase or lease is $5000.00 on vehicles determined to have a longer electric range and $2500.00 on shorter range plug-in hybrid vehicles, he adds.

Attardo notes that Mitsubishi Canada has also stepped up incentives to help entice customers to consider it's PHEV. "We have extremely low finance and lease rates, bonus dollars for all make model trade ins as well and manufacturer cash dollars that are over and above the new federal incentive,”he says.

“Many people are intrigued with Hybrid's and are just not sure, but as I am currently driving one, I am finding that it is no different than driving anything else. I am surprised how quiet the vehicle is to drive and how nice it is to be able to not look at the gas tank all the time and in the case of Hybrid's there is no worry with fuel as you have the benefit of gas and electric.”

For more information about Mitsubishi’s incentive program for the PHEV, you can contact Waverley Mitsubishi (1700A Waverley) at 204 800-2243 (waverleymitsubishi.ca)